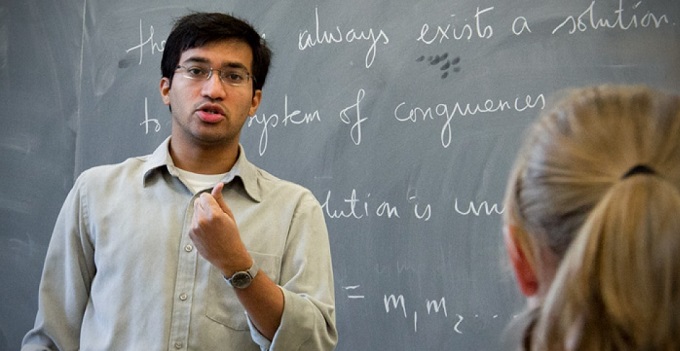 The undergraduate minor in mathematics requires a minimum of 15 s.h. of credit earned in mathematics courses. At least 12 of the 15 s.h. must be equivalent to post-calculus math courses (prefix MATH) offered by the Department of Mathematics; credit by examination does not count toward the 12 s.h. requirement. The mathematics course, MATH:1210 Diverse Perspectives in the Mathematical Sciences, does not count toward the minor. At least 9 of the 12 s.h. in post-calculus math courses must be taken at the University of Iowa. No more than one transfer course can be counted toward the post-calculus requirement.

Courses numbered 2000 or above are considered post-calculus, excluding these:

Students can choose the additional 3 s.h. course from MATH:2150 or from courses numbered MATH:3720 or above, excluding these:

For more information, see the Department of Mathematics website.

The PDF will include content on the Requirements tab only.