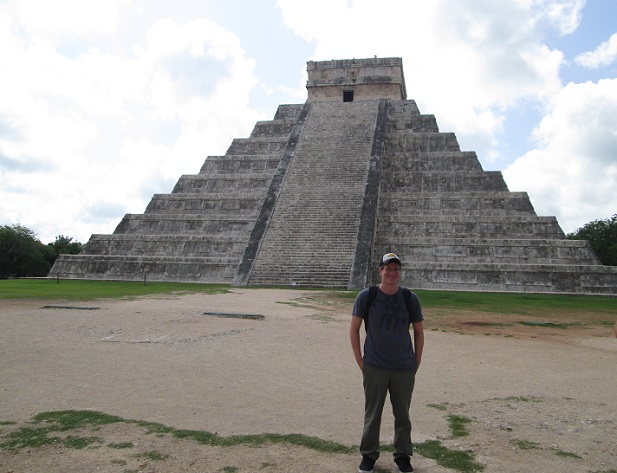 The Latin American Studies Program (LASP) is an interdisciplinary curriculum that introduces students to the cultures, arts, languages, histories, and social practices from Mexico, Central and South America, and the Caribbean, and provides students with frameworks for making sense of the social, political, and economic challenges faced in those regions.

In addition to its instructional activity, LASP sponsors a wide variety of activities, brings scholars of Latin America to campus, and fosters institutional linkages.

Latin American Studies is one of the academic units in the Division of Interdisciplinary Programs.

The Latin American Studies Program highly recommends, but does not require, that students have an in-depth Latin American cultural experience, usually through study abroad, before completing their undergraduate requirements.

Study abroad courses may be counted toward requirements for the certificate and the minor with prior approval from a LASP director.

Students are encouraged to apply for a Stanley Undergraduate Award for International Research through University of Iowa International Programs. The awards are given to outstanding University of Iowa undergraduates who, in close consultation with a faculty member, propose well-conceived, small-scale research or fieldwork projects that require travel abroad. Students may conduct projects while participating in a study abroad program and may combine the award with other awards and financial assistance. For information regarding other scholarships, contact LASP advisors, International Programs staff, and the LASP director.

In addition to its instructional activity, LASP organizes a range of public programming activities each semester, including film series, photography and art exhibits, conferences, roundtable discussions, and lectures. Recent events include public lectures on community media and violence in Mexico and Colombia and on the cultural legacies of the 1960s in Latin America, and the annual Charles A. Hale Lectures in Latin American Studies.

The focus of these courses changes from semester to semester. With prior approval, students may use these courses to satisfy requirements for the Latin American studies certificate or minor when the course focuses on Latin America.

All Latin American Studies Program courses are approved for the certificate and minor.

Introduction to study of cultural history of Spanish America; topics range from precolombian times to present; for students who are just starting work on the Spanish major or minor. Requirements: SPAN:1502 or SPAN:1503. Same as SPAN:2200.

LAS:2220 The Olmec, Maya, and Aztecs: Archaeology of Mesoamerica 3 s.h.

Archaeological data related to the evolution of civilization in Mesoamerica; sequence from hunter-gatherers to A.D. 1519; emphasis on Central Mexico, Maya area, Oaxaca. Same as ANTH:2220.

Spanish writing skills; introduction to style and practice of journalistic reporting and writing. Taught in Spanish. Requirements: at least one course taught in Spanish at the 2000 level or above. Same as JMC:3445, SPAN:3020.

Use of anthropological perspectives to examine disease, healing systems, and ideas about health and the body in Mexico and its diaspora; relationships between structural conditions and historical and political transformations; ideas about gender and race; chronic and acute disease in Mexico; conquest and disease; racialized bodies; sexual health; biomedicine; shamanism; immigration and health; pollution and narcoviolence; readings in English. Same as ANTH:3111, GHS:3040.

Medellin, Colombia has been transformed from one of the most violent places on Earth to an award-winning city of innovation in only 20 years; introduction to the city and its people through literature, music, and a digital map project. Taught in Spanish. Requirements: at least one course numbered SPAN:2000 or above. Same as SPAN:3215.

Focus on long tradition of strong female writers in Latin America; materials may include poetry, theater, fiction, and essay from the Spanish-speaking countries of Mexico, Central America, South America, and Brazil. Taught in Spanish. Requirements: at least one course taught in Spanish at the 2000 level or above. Same as SPAN:3225.

Works by 19th- and 20th-century Spanish American writers; emphasis on reading strategies and historical, cultural, literary backgrounds. Requirements: at least one course taught in Spanish at the 2000 level or above. Same as SPAN:3310.

Cuban society and revolutionary movements since the late colonial period, including the years since 1959. Same as HIST:3501.

Survey of major topics in Latin American history in relation to development of medicine and public health. Same as GHS:3508, HIST:3508.

Introduction to modern history of Latin America from independence movements of the early 19th century to present; topics include race and ethnicity, slave emancipation, gender, labor relations, and foreign interventions; exploration of relationship between economic, social, and political structures over time to explain difference and commonality between Latin American people and societies; focus on topics pertaining to histories of Mexico, Central America, the Caribbean, and South America. Same as HIST:3515.

LAS:3535 Topics in Literature and Culture of the Americas 3 s.h.

Taught in Spanish. Requirements: two literature courses in Spanish, at least one of which must be numbered SPAN:3300 or above. Same as SPAN:4390.

Focus on lost childhoods from a cultural studies perspective; analysis of marginal perspectives that emerge from a globalized urban landscape; evolution of literary, artistic (art, photography, comics), and film productions about dispossessed children, the construction of childhood by nongovernmental and nonprofit organizations, and how these cultural productions denounce social violence. Taught in Spanish. Requirements: two courses numbered SPAN:3000 or above. Same as SPAN:4815.

The PDF will include content on the Courses tab only.