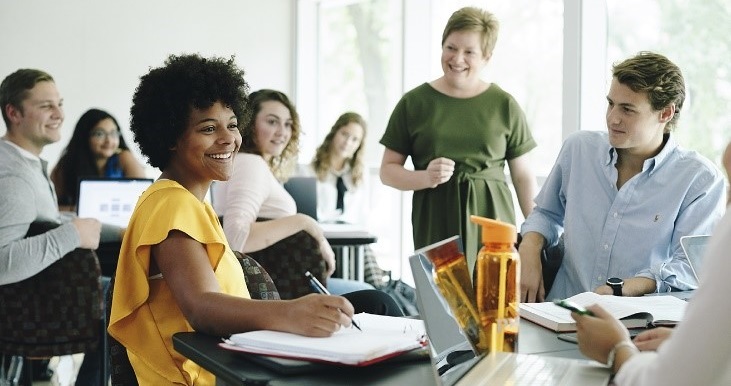 This is the first version of the 2020-21 General Catalog. The final edition and the historical PDF will be published during the fall semester.

Economics is the study of how societies allocate limited resources to achieve competing ends. Using both empirical and deductive methods, economists analyze incentives, constraints, organizational forms, and market forces to understand patterns of production, exchange, and consumption of goods and services. Economics treats diverse issues such as wealth and poverty, government expenditures and taxation, prosperity and depression, inflation and unemployment, relations between management and labor, economic growth, environmental protection, health care delivery, the war on drug abuse, free trade versus protectionism, U.S. competitiveness in international markets, and the quality of American education.

Each year, the Department of Economics offers a seminar program that brings eminent economists from other universities and from government agencies to the University of Iowa campus. Presentations by department faculty members and students also are featured.

Students in the College of Liberal Arts and Sciences may wish to use economics courses as part of other majors or the GE CLAS Core. The introductory courses ECON:1100 Principles of Microeconomics and ECON:1200 Principles of Macroeconomics are approved for the Social Sciences area of the GE CLAS Core; they introduce the field of economics and the specialized topics of upper-division courses. The intermediate theory courses ECON:3100 Intermediate Microeconomics and ECON:3150 Intermediate Macroeconomics provide a deeper foundation in the core theories and methods of the discipline. They serve as preparation for upper-division field courses or as terminal courses in an economics plan of study.

The certificate is coordinated by the School of Urban and Regional Planning. See the Certificate in Transportation Studies (Graduate College) in the Catalog.

Qualified undergraduates may enroll in graduate-level courses with consent of the department chair.

Economic theory of the behavior of consumers, producers, and other economic agents; role of markets in coordinating economic activity; effects of government policies on market outcomes; conditions that markets require for efficient allocation of resources; market imperfections; strategic behavior of economic actors. Prerequisites: ECON:1100 and (MATH:1380 or MATH:1460 or MATH:1550 or MATH:1850 or MATH:1860).

Role of money and financial institutions in determining domestic and international income, employment, and prices. Prerequisites: ECON:1100 and ECON:1200.

Development and utilization of forecasts of business and economic variables; application of modern statistical methods and software to quantitative forecasting problems. Prerequisites: ECON:1100 and ECON:1200 and (ECON:3300 or ECON:4800 or STAT:3200).

Examination of relationship between government, private sector, and citizenry; legal, regulatory, market, and civic context in which private sector functions; how business owners and entrepreneurs have shaped political and economic outcomes in the United States; central theme of exploring and understanding the nature of government policy, how policy affects businesses, and how policy affects societal welfare. Prerequisites: ECON:1100.

Environmental and resource use problems; efficient mechanisms and other policies for environmental protection, management of common property resources. Prerequisites: ECON:1100. Same as URP:3135.

Theory of location and regional development; central place theory; why cities exist and trade with one another; models of land use patterns, rents; empirical tests of models; policy applications. Prerequisites: ECON:1100. Same as URP:3134.

Economic functions of government in modern economies; effects of government expenditures and taxation on allocation of resources. Prerequisites: ECON:1100.

Theory and literature of economic issues in professional sports; issues such as relative advantages of large-and small-market teams, city subsidies for baseball and football stadiums, star players' true value to their teams; ideas from introductory economics (such as demand and cost curves) combined with additional economic theory, statistical evidence, and information about particular sports. Prerequisites: ECON:1100.

Behavioral economics is a relatively new field that applies insights gleaned from psychology to economics; standard economic theory assumes people are all homo economicus: we know exactly how to maximize our own utility, and we do it well; behavioral economists seek to improve microeconomic theory with more realistic assumptions about human behavior. Prerequisites: ECON:1100.

Experience what Federal Reserve economists do every day: study the real U.S. economy, make forecasts and policy recommendations, defend their views to academic and professional economists; development of analytical skills, teamwork, how to build presentations. Prerequisites: ECON:3100 and ECON:3150.

Demand for and supply of money; money's role in economy; empirical studies of money's impact; problems with monetary control. Prerequisites: ECON:3100 and ECON:3150.

Independent research project supervised by economics faculty member; culminates in thesis required for honors in the major. Prerequisites: ECON:3100 and ECON:3150 and (ECON:3300 or ECON:4800).

ECON:5215 Fundamentals of Macroeconomics I 2 s.h.

Introduction to monetary and financial economics; search theory and applications to labor and money markets.

Introduction to structural econometric approaches which can be applied in labor economics, industrial organization, and elsewhere; theoretical frameworks used in this literature; identifying assumptions needed for model estimation and validation techniques; methods used for the estimation of structural models, including Maximum Likelihood, Method of Moments and simulation-based methods.

Current research in macroeconomics; development of research topics with emphasis on theoretical and empirical analysis. Prerequisites: ECON:5110 and ECON:5800.

Topics not offered in other courses.

Back to Top
Print Options
Send Page to Printer